information on the mortgage crisis

This came by email.  Here are the links and make you own judgment.

Think the media is telling you the truth?  Believe what politicians are saying in their slogans?  Watch this and learn.  Some of it you'll have to pause it to read fully because it does go by fast.  There is a time limit on youtube that this poster was trying to meet to prevent from having to do a part 1 and part 2.  Pause it, write the information down if you want, google it, and find out the truth.  When you learn the truth turn your anger into something useful and inform others.  The truth will set all of us free....

Take a look at this also!!!

Barb tagged me with this little game.  My middle name is Lynne,

L - loyal and/or lazy to a fault at times

Y - young at heart, old in body - especially when it comes to skiing bumps

N - noisy, I can be rather loud and rambunctious at times

N - not neat and tidy

E - enjoy - I enjoy eating and sharing food and good times with friends.

Kitty and Fran are the two that I will tag. 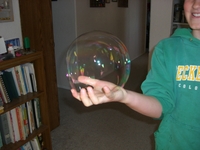 Google has a page to translate the website into German or other languages.  Here is a link to read the Kaschenbach site in English.

I would really like to give the brainiac, Ted, a hard time for not being able to get his coat out of the locker after school today.  I mean, he is the brains and knows everything!  He cannot even figure out how to work the locker combination.  How difficult can it be?

He has never had to work a lock before.

Me.  I got a cool present for Christmas.  I now have a DVD stereo system in my room.  Do you think I know how to use it?

I have never had to work a DVD before.

When the kids were little (Zach and Joe) they would push buttons on Tim's stereo and we would be out of music, TV, and radio until he came home.  Even if it was weeks....

Max, Chris and Joe are in my room trying to find my TV again.

"You guys have pigs that eat chickens and now turtles that eat dogs!!!!!   What's going on??"

If you put Joe's "dragon" turtles on the ground to let a 5 month old lab puppy named Boomer smell them, exciting things will happen.  Poor Boomer!  The turtle caught a hold of his tongue and was not going to let go of the big old worm it caught.  I am screaming for Joe and trying to catch Boomer who is busy running through he yard trying to shake off the thing that has his tongue.  The chickens have scrambled for safety and the cats are now in the barn.  Summer is barking and Autumn is looking bewildered.  Max, Ted, and Chris are looking on in horror as Joe and I are trying to take a stick to pry open the turtles mouth.  Poor Boomer.  His tongue is a little worse for wear and he dove into the doghouse to hide.

The aquarium is clean and the dragons are back inside and away from Boomer.

PS. These are red eared sliders that we brought home in a dixie cup a few years ago.  The are maybe 8 inches across now.  I guess it is a good thing they are not snapping turtles or Boomer would be missing the tip of his tongue.

It figures.  5 acres are fenced in and they find the only vulnerable spot.  Summer (Dumber) has been going out the spot to be able to keep up with the kids.  I guess she decided she did not want to be the only dog in trouble because she took Boomer with her today.

There is a dip or ravine where the fence is not to the ground that we will have to take care of tomorrow.  I thought we might have a break from fencing.  Tim keeps telling me it is the permanent farmer nightmare.

It is kinda like the boys, they have a 5 acre yard and they are always at the neighbors.

Then again I am sitting here watching a ski movie and getting the itch to go.  I am going to purchase tickets to see the latest movie from Warren Miller.  I have been watching his movies for a long, long time.  It sounds like a great family date and then there is always the free ski tickets that come with the movie.

Which kid did it this time?

I made a pretty good dinner the other night.  At least that is what the ones that got to eat it said.  I had one child that complained that peas, mashed potatoes, mushroom gravy, meatloaf AND salad was  too many courses.  I told him he could stop complaining or not eat, he did not eat - his choice.

It was one of those totally unbelievable moments in kid raising.  He is not going to live this one down.  I cannot wait for the night when we have dessert and I can tell him he does not get any because I don't want to upset him with too many courses. :~)

what were they thinking?

Every now and then you hear something that just needs to be passed on.

BERLIN - A 16-year-old Berlin student was so worried he would have to repeat a year at school because of poor marks he convinced two friends to storm his class and steal the report cards with his bad grades.

"The student probably honestly believed that he could avoid repeating the school year if he made the report cards disappear," said a spokesman for local police today.

The youth sat quietly at the back of the classroom as the two masked robbers, aged 14 and 15, burst in and threatened his teacher with a steel bar if she did not hand over the reports.

After grabbing them, the two tried to flee but dropped the reports as other students leapt to defend the teacher. The two were arrested close to the school, and told police their friend had devised the raid because he was afraid of flunking a year.

Police would not reveal what incentives the youth had offered the pair to carry out the robbery, adding the youths faced legal consequences once investigations were over.